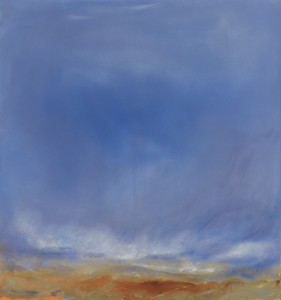 Lembranças de Angola, Memories of Angola, is an exhibition of paintings by Elizabeth Da Costa Ahern and Nelson Da Costa. The juxtaposition of the two series highlights the artist’s differences: war and peace, figure and landscape. Their similarities, an Angolan experience, a Portuguese heritage, and formal education cultivated a creative outlet for Ahern and Da Costa resulting in this exhibition, Lembranças de Angola, which Caturano and Company Art Gallery is pleased to host.

Elizabeth Da Costa Ahern’s paintings are driven from her memories; memories of weather, color, landscape. In 2006 Ahern traveled to Angola as a participant in the American Artists Abroad Program. Her works recall the regions bright natural light, the colors of the textiles, and the Atlantic. Ahern enjoyed the people and cultural exchange while in Angola, yet constant security kept her aware of the lingering dangers of Angola’s 30 year civil war.

As child in Angola the 30 year war left Nelson Da Costa an orphan. Da Costa was introduced to art as therapy while healing from physical and emotion trauma. Achieving a degree in art therapy, Nelson earned his Masters in painting at the School of the Museum of Fine Arts. The paintings of Da Costa’s address the memories of his lost family and armed rabbles. The details of their faces are lost overtime, what remains are silhouettes abstracted on a camouflage pattern of color. The pattern signifies a war torn Angola; the color represents Angolan culture.

Lembranças de Angola is the first time Ahern and Da Costa are exhibiting together. The exhibit, curated by Christina Godfrey, is through June 18th at the Caturano and Company Art Gallery, 80 City Square, Charlestown, MA. To visit the exhibition or receive images via email please contact Christina Godfrey. Additional images and biographical information on Elizabeth Da Costa Ahern can be found at www.sunnesavage.com.